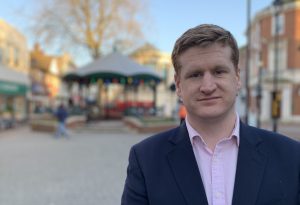 My £1m Violence Reduction Fund will improve prevention, engagement and diversion so that we can reduce violence in partnership with charities and community groups.

My seed funding helped Kent Police relaunch Police Cadets, with over 340 young people now in the scheme. It’ll be county wide by the end of 2020 and a scheme for younger children is being introduced.

My Violence Reduction Challenge and the increase in police numbers has led to the establishment of a multiagency group working together to solve problems across sectors, dealing with the root causes, in Medway.

More calls are being answered and on average more quickly. In May 2016, the average waiting time was 5 minutes and nearly 1 in 4 calls went unanswered. Now it’s less than 100 seconds and under 10% of calls unanswered.

Following a review I requested, the Chief Constable has given his PCSOs more powers to tackle antisocial behaviour, truancy, begging and the sale of alcohol to minors. Parking powers are currently being reviewed.

I’ve secured £4.3million so far for Kent Police to deal with any traffic problems that might arise on our roads as a result of Brexit.

Following my funding boost in 2018, by reducing my Office costs, the Rural Policing Team doubled in size from 6 to 12 PCs and added a Rural Crime Co-Ordinator.

After I made it a priority, Kent Police increased the size of the regular roads policing unit, and added a new Road Safety Team with my extra investment in 2018/9.

I’ve ensured that victims of sexual violence no longer have to wait months for counselling to help them with the impact, and got clinical commissioning groups to provide long term funding.

Making it easier to report crime

I’ve boosted investment in restorative justice, where victims can confront offenders, get apologies, hold them to account and help reduce reoffending.

I led the Policing work stream as part of the independent review of the Mental Health Act, securing changes that will see more people get the right care from the right person as the right time.

Every frontline Officer in Kent who wants one can now access a taser, if they pass the training, thanks to my funding.

Joined up justice and a voice of victims

I now lead the Kent Criminal Justice Board and Chair the Mental Health and Policing Oversight Board, holding Policing and other agencies to account for the way in which they support victims of crime and the vulnerable.

I’m investing in schemes that help reduce the demand on Police time as a result of cases involving mental health. Working with charities and others, I’ve funded over £0.5m of interventions so far.

There’s now 56 PCs dedicated to tackling crime and antisocial behaviour in our town centres, up from just 18.

In order to give hate crime victims greater confidence in the justice system and get more of the outcomes that they want, my hate crime advocate gives victims that dedicated support.

Better services for victims of abuse

I’ve worked with Kent County Council to ensure that victims of domestic abuse get an improved level of support at the time that they need it most through a dedicated support line.

I’m working with local universities, venues and Kent Police to raise awareness of sexual harassment, educate people as to its impact and prevent it from happening in the first place.

In order to free up Officer time from frivolous complaints, improve evidence gathering, protect them from harm and injury and secure earlier guilty pleas, I’ve invested in a new generation of body worn video cameras that will help Kent Police provide a high level of service to victims.

Average firearms licence application times were as high as a year when I was elected in May 2016. Thanks to my investment in the licensing team, those waiting times have fallen drastically to weeks, rather than months.

One third of all victims of domestic abuse are men, but they do not receive the same level of care or support as women. I’ve funded a specialist domestic abuse support worker for male and LGBT victims of violence.